It’s been six weeks since my last blogpost. And although people could’ve kept up with the current situation via my Twitter account, I’ve decided to make one more post on what happened in the previous weeks, since people asked for it in comments and via other channels.

The past weeks have been very, very hard. The fact that my wife could die (which was enough stressful on its own), organizing a lot of help, talking to hundreds of people over the past few weeks, dealing with a lot of kind people offering help but also a lot of idiots, etc, demanded a lot of me. This resulted in that I did not have a single moment for myself to take my mind off of what was happening. My children were also very upset about what happened and tested me way beyond my limits. Which is very understandable, but doesn’t mean it was fun. I found out what it was to have your body and mind running on adrenaline and having the adrenaline run out. But so far about me…

Last Monday it was exactly 6 weeks ago and this Tuesday my wife was formally discharged from the rehabilitation center. She won’t receive any outpatient treatment either. The part of her skull which they removed still has to be put back, but that’s about it. In 4 weeks we’ll have an appointment with the rehabilitation specialist about how things are going and to see if we think we still need some help. How about that?

And to think that the hospital asked me to bring a photo-camera on the Wednesday after it happened; they brought our daughter to her mother and advised me to take pictures of them both. So that when my wife would never wake up again, our daughter would have pictures of herself and her mother for when she was grown up. Believe me, that message wasn’t received well by me. And the pictures aren’t nice either, because my wife was still in induced coma and got mechanical ventilation. Afterwards I heard they gave her a 5% change of ever waking up and some doctors were certain it would never happen at all. They came very close to not operating her at all, because of the prognosis.

Before the first week was over they removed the mechanical ventilation. When I came onto intensive care that they, she immediately spoke to me and asked where I had been. I can tell you, that was about the happiest event ever for me. After that she pushed herself really, really hard to get out of bed and do things herself. Before 4 weeks were over, she had already taken a shower and dressed herself before the nurses came in to help her.

She was on the waiting list to get into Rijndam for (inpatient) rehabilitation, but we asked if she could stay at home while waiting for her rehabilitation. When she got into Rijndam almost everyone asked themselves why she was there, that’s how good she was doing. So after a few days and some observation the rehabilitation specialist asked us if we were okay with the fact that she actually didn’t need any help at all anymore. There’s no physical loss in any way and also cognitive there seems to be nothing wrong.

So now she’s at home and we’re trying to pick up life again where we left it, almost as if nothing has happened. Of course it’s nothing short of a miracle. The neurologist and nurses who are working for dozens of years on neurology haven’t seen anything that comes close to what happened to my wife. They can’t explain how it could’ve happened that she recovered so well, especially with the severity of the two intracranial hemorrhages she had. All I can say is that a lot of people prayed for her and that I’m more certain of it than anything else in life that He has listened. He showed us that miracles still do happen. 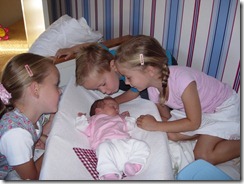 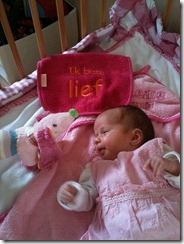 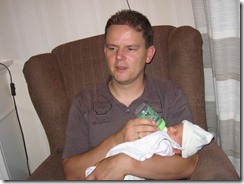